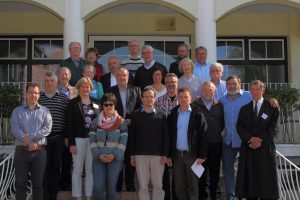 The International Rural Churches Association-Europe belongs to the worldwide Association IRCA (International Rural Churches Association). IRCA is a network of people from all over the world with a passion for rural communities, based on the Gospel of Jesus Christ. We share our stories of struggle and our stories of hope, joined by our reliance on the land and sea for our livelihood and by determination and hope because of faith in the triune God. IRCA was founded in August 1998 at a conference on rural life held in Durham (UK). IRCA holds a major conference every 4 years, in different parts of the world. Previous conferences were held in Chennai (South India), Brandon (Canada), Altenkirchen (Germany), Lilongwe (Malawi) and Lincoln (New Zealand). IRCA is working ever since on the development of regional networks.

IRCA-Europe is one of the four regional networks of IRCA and was informally established at an IRCA (International Rural Churches Association) conference held in Altenkirchen, Germany in 2010. A small working group from different countries met several times to develop proposals for the network. These were then put to a wider group of rural practitioners at the first IRCA-Europe Conference at Sibiu / Hermannstadt in Romania in 2012. At this conference, the constitution was adopted and the first members of the Leadership Group were elected.

IRCA-Europe is a network of people from the European Union and its neighbours. Members come from both Eastern and Western Europe, bringing a voice and long history of rural living to the international stage. We bridge the barriers of history, culture and language to support one another and come together to share our experiences of the joys and struggles of living and working in rural communities. In addition, IRCA-Europe is the legal successor CERN (Churches European Rural Network) and EAL (European Working Group for Land Issues – Europäischer Arbeitskreis für Landfragen).

Private persons and religious associations can become members of IRCA-Europe.