There have been already five years, due to the Covid pandemics, since our last General assembly in 2016. Different aspects in our live and work changed to the core. Since last year there is a growing understanding of the rural land as a systemically relevant component.

The crisis showed on the one hand, that young families are leaving urban agglomerations in order to resettle in rural areas; on the other hand it showed the real importance of agriculture, especially in times of Lockdowns. It can be said that in the near future we will experience a relevant change regarding the social role of the rural area.

IRCA is constantly accompanying the development of the rural land for the last three decades. In the time passed we learned that the development depends on regional, but as well on global factors and that regional solutions can give global impulses.

Let us return to the conference in 2016. The conference „The Colorful Diversity of Protestantism” took place under the direction of Chair Hermann Witter between the 25th and the 27th of May in Sibiu / Romania.

Under the sign of the Jubilee of the Reformation there were invited as speakers: Prelate Traugott Schächtele from the Church of Baden, Bishop Kato Bela from the Reformed Church in Transylvanian, Jerry Marchal as Chair of IRCA and Lothar Schullerus, as representative of Bishop Prasada Rao from India, who, due to difficulties in the Visa proceedings, was not able to attend the conference.

The conference got positive feedbacks in the german press in Romania and was also mentioned in the Hungarian Television during the prime-time news. Thanks to all who made this possible.

For everything regarding the carrying out of the conference I express my gratitude to Chair Hermann Witter, to the Evangelical Academy Transylvania, the Evangelical Church Baden and the Reformed Church of the Canton St. Gallen. Special thanks also to Dietrich Galter and Roger Parvu for their technical support during the conference.

The first goal of the new elected board: Lothar Schullerus (CH) Chair, Anke Kreutz (D) Management, Dietrich Galter (RO), Ann Wright (UK), Rolf Brauch (D) Mihaly Sohajda (H) and Roman Pawlas (PL) was to give new impulses for the activity of IRCA-EUROPE and to ensure the presence of European representatives at the World Conference in New Zeeland. 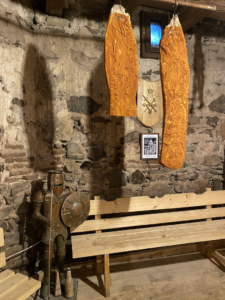 Due to the personal involvement of Anke Kreutz a donation of 1000.- € from the EKD regarding the attendance of a representative of Eastern Europe (Daniel Buda) could be ensured. The participation of Daniel Buda was also endorsed by the WCC.

At the same time the attendance of Mircea Dejeu was financed by the Church of the Canton St. Gallen. The participation of Mark Laszlo from the Hungarian Reformed Church was made possible with the endorsement of the Uniting Church of Australia and other private donations.

The participation of Lothar Schullerus and Marco Wehrli was financed by SRAKLA and the evangelical community Nesslau. So that 5 representatives from Europe could be present at the World Conference.

During the preparation for the European Conference in 2020, in was again proven that the venue in Sibiu was the optimal choice. Decisive arguments for this option were:  the infrastructure, the international connection (airport and highway), as well as the growing shortage of financial resources. The board chose: „Sauerdough for the Land“ as a topic and the period between the 31st May and the 3rd June for the conference.

Meanwhile there were other changes we had to address. At the end of February 2020 Hermann Witter retired and his place was taken by Rev. Peter Schock. Rolf Brauch was elected chair of EDL in EKD and Anke Kreutz switched from the Landjugendakademie Altenkirchen back into a parish. 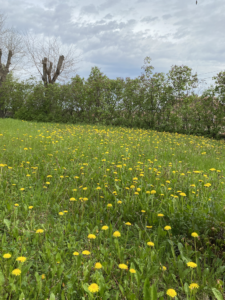 Connected to the change regarding Anke Kreutz, there was also a reorganization of the  Evangelischen Landjugendakademie, so that the collaboration with the LJA has to be redefined. This will be the first task of the new board.

Since IRCA EUROPE doesn’t collect membership fees and since it is opened for the membership of institutions but as well for private persons, all the endorsements where made as goal-connected private donations and where received as such directly from the respective donors.

Regarding the new development of the environment in which we act, due to the Corona – crisis, the new board will face the challenge to accompany the changes in the rural world, by taking all this into consideration.

Special thanks to the board for its involvement in this difficult time, to the donors that endorsed us, by that recognizing our work and to all the members and friends of the rural world for their involvement.